It's been a good week for me. I got to hang out with one of my oldest and best friends, Jordan Stephens, who was in town for the holiday. Work was also great at the hospital. I got to do a whole bunch of random acts of kindness, and help a lot of people. Then of course, Thanksgiving was quite tasty. Tam and I made some excellent food, and had a quiet, low-stress week. I'm really thankful for my health and all the good things in my life.

I'm extremely thankful that I figured out how to start the first chapter of The Secret Empire, Book Three of the Iron Dragon Series. I'm redoing the first part of the book entirely after writing it several years ago. The original manuscript was 143,000 words. I'm hoping to cut it down by at least 40,000 words. I've already cut 20,000, and that's just from the opening, which is changing completely. I'm probably going to rewrite the entire book, but I know there are chapters later on that work pretty well.

The news this week I wrote a new chapter one, which is just under 2,000 words. Remember, I've already written a manuscript for the whole book, but I'll be redoing practically the whole thing. The overall story won't change that much, but I'm going to execute it much differently.

I've been thinking about how to attack this book and was working on a rewrite plan for the past couple of weeks. I've read the old manuscript and cut big sections in the beginning that really didn't need to be there. More will go as I rework the book. I'm just waiting to cut certain sections later when I'm working on those particular parts. As I go on this writer journey I realize that one of biggest problems with my earlier writing was that I was writing out long journeys where nothing really happened to advance the plot. There was character development, but little else. Now I try hard to keep the book moving quickly while avoiding some of the "locomotive" writing of my past.

It was such a struggle to write the new first line. Mostly because I didn't have a good vision of the actual chapter. It took me a while to decide what was actually going to happen in the opening scenes, though I had a plan--it was just too vague for me with too many possibilities. I think I've got a good opening scene now, but I'm certain it'll change a over time. My goal is to get a draft of this book done in the next three months or so. Then I'm going to finish Medusa's Daughter, an almost completed manuscript I had to shelve while working the Iron Dragon books.

What I really need at this point is to get rolling on book three--and sell the entire series to a big publisher. Hopefully, DAW Books will pick me up and put the books out in paperback. Book two, The Dragon Hunters comes out in hardcover, in May of 2009 from Five Star Books. I'm really looking forward to that now. I'd like to thank everyone who has supported me along the way and I think the readers of The Golden Cord are really going to enjoy book two.

Paul Genesse
Author of The Dragon Hunters
Book Two of the Iron Dragon Series
(the first two chapters of book two are available on my website)
www.paulgenesse.com

I had a great time yesterday visiting Hawthorne Elementary School in Salt Lake City. I spoke to an assembly of kids and then taught a mini-writing workshop to a class of 5th graders. They were so smart and their teacher, Mrs. Anzelmo, was excellent. They are lucky to have her. It was also very cool to hang out with a co-worker of mine's son, Lucas. He's a really good kid and so smart. The kids in Mrs. Anzelmo's class had to test in. They are the top 1% and I was extremely impressed with their creativity and intelligence. We brainstormed and created the beginnings of a short story about a girl named Delila. The kids' suggestions about where to take the story were so great.

I really enjoy meeting kids and speaking to them. Mrs. Anzelmo had already read the first three chapters of The Golden Cord to the kids in her class before I came and it was cool to chat with them.

Author of The Dragon Hunters
Book Two of the Iron Dragon Series
Releasing May of 2009
www.paulgenesse.com

A Beacon of Hope Once Again

I won't soon forget last night. Barack Obama winning the presidency was amazing. We need change in America after eight years of bungling. George Bush was not a great president, and if you think otherwise, you need to reexamine the situation today. I'm sorry, but please be realistic and get informed on the issues. McCain would have been better than Bush, but he would have kept many of the same bad policies going. We need something different now.

We need brilliant people in the White House, not C students like Bush. Sorry, but we do. Barack was number one in his law school class at Harvard University. That is amazing. He has a degree in international affairs. This guy was a professor. He is so smart and when difficult situations arise, he will understand what's going on. I know the power of good critical thinking skills. Making the right decisions saves lives. I see it at the hospital where I work. Dumb people often make dumb decisions, and people die.

We all have a new beginning now. There is hope that America will become the beacon of hope it once was. I shed a tear last night when I saw it all happening.

John McCain made a great concession speech last night. I used to really like him. I wish he would have beat Bush back in 2000. He should have been the nominee then. I hope now, he can go back to the stands that he took in 2000. He was great then, and I hope he helps fix the country now. We need him to help in the Senate.

Now, we need to move forward. The country is in bad shape. We need to do whatever we can to help.

Yes we can!
Posted by Paul Genesse at 9:27 PM No comments: 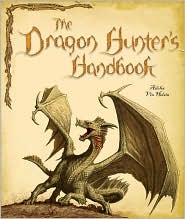 Very cool book. Beautiful packaging and awesome art. It could have been a silly kids book, but it turned out to be a great little book with an excellent story. I enjoyed it very much, especially the journal entry style and little letters inside the book kept in little packages. I paid $16 for it at a brick and mortar store (B&N). I love books about dragon hunters, since I just wrote one, and had to see what this one was all about.

If you love dragons I think you'll love it.

Paul Genesse, Author of The Dragon Hunters, Book One of the Iron Dragon Series
www.paulgenesse.com

Posted by Paul Genesse at 2:36 PM No comments:

Lady Tammia and Paulinus of Rome 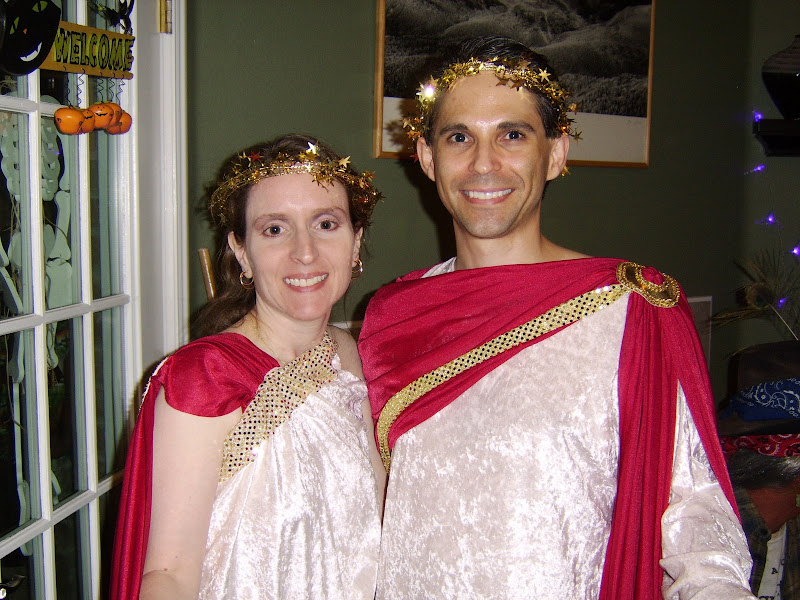 Tammy and I had a fun time at a friends Halloween party last night. You can find the photos I took on my Moblie Me account. It's a very cool place to view the photos.

Paul Genesse, Author and Editor
Posted by Paul Genesse at 2:53 PM No comments: