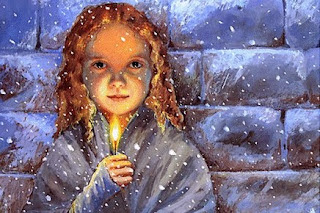 Author of The Golden Cord
Booke One of the Iron Dragon Series.
Five Star Books, April 2008
Posted by Paul Genesse at 6:39 AM No comments:

I recently read a cool new book by R.D. Henham, assisted by Rebecca Shelley. It was a very fun read. Here's my review.

Red Dragon Codex is an exciting adventure that will keep you reading fast the whole way through. The characters are fun and really well developed. I especially liked Mudd and his sister Hiera. Mudd is extremely clever and Hiera is sassy and tough. She’ll take a shot with her bow at anything that threatens her friends—even dragons. Mudd and Hiera were a delight to read about. Also, the character Kirak was very intriguing. He was torn between his love for his friends and a dark secret that could spell doom for them all.

So many vicious things occurred in this book. Red dragons are so nasty. I didn’t know what was going to happen next and loved reading it. I can’t wait for the next one.

www.paulgenesse.com
Posted by Paul Genesse at 11:14 AM No comments:

I'll be a guest at I-Con this year

I have some great news here. I'm going to be a guest of the I-Con convention in Stony Brook, New York in April. Stony Brook is on Long Island and they have an amazing convention there with over 6,000 attendees. They're flying me out and paying for my hotel and everything. Wow.

Since, The Golden Cord is coming out April 16, going to New York from April 4-6 will be perfect. Here's the link to I-Con: http://www.blogger.com/ if you want to check it out.

I've got lots of events lined up in 2008 so far (10 conventions), and will be getting in with a bunch of school districts in the Western U.S. where I'll be doing speaking engagements. I'm doing a two week book tour in May (12 major cities) and things are coming together.

I sent out advanced reader copies to 40 reviewers two weeks ago and I've already heard from a few of them that they received the book and are excited to review it. I'm sending out more today, as I've been finding a few more reviewers to send to.

My big book release party will be May 10. The book release date is April 16 and things are moving along. I also just sent out the second issue of the Writers' Symposium Ezine. Download a copy on my website.

Author of The Golden Cord
Book One of the Iron Dragon Series
Five Star Books (April 2008)
Posted by Paul Genesse at 1:05 PM 2 comments:

Email ThisBlogThis!Share to TwitterShare to FacebookShare to Pinterest
Labels: I-Con, The Golden Cord 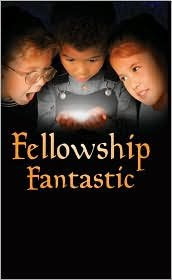 Here's the best link to read a review of Fellowship Fantastic. I'm so excited that the book came out and that I have the lead story. Almost Brothers is probably my best work to date and I hope it turns into a novel someday.

This is one of the best books that Brian Herbert and Kevin Anderson have written together. I’ve read all of the original Dune books and the prequels, and this one is in my top two, the first being Sandworms of Dune.

I agree with most of the criticisms of the other reviewers here on Amazon, but I did find the book to be very intriguing. The big mysteries from the original series and the events set up in the prequels are finally coming out. Frank Herbert cannot be outdone, but at least we Dune fans get a taste of what was supposed to happen at the end of the series.
All of the crazy stuff that Frank Herbert put in starts to seem a little more palatable and understandable. This is the best characterization of the Duncan Idaho ghola yet. There are quite a few very intriguing characters throughout this epic and I was very interested in most of them.

If you are a fan of the original Dune books and read up to Chapterhouse, you should read the final two books. I waited for Hunters of Dune to come out in paperback, then bought it. I was surprised when I started reading it because it was so tense. The book grabbed me from the start and that’s not easy with me, as I’ve become very hard to please since I’ve become a professional writer.

However, after reading this one, I had to buy the final book, Sandworms of Dune, in hardcover. I just finished reading that book last night. I read the last three hundred pages in one sitting. It just didn’t let me go.

I say read the last two books of the series. The prequels are not required, though House Atredies was pretty good.
Paul
Sandworms of Dune


I read the last 300 pages in one sitting
(no spoilers)

I really enjoyed this book. It grabbed me from the start and I read the last 300 pages in one sitting. I had to keep going and just couldn’t stop reading. Brian Herbert and Kevin Anderson did a pretty good job of keeping the tension up and pulling me forward toward the conclusion. All of the crazy stuff that had happened in the prequels and previous Frank Herbert Dune novels all made sense at last.

This book pulls it all together into a cohesive whole. I’m sure Frank would have done it in a more subtle way, but he died before he could write the ending. I’m glad that his son and Kevin Anderson wrote these books. I love the Dune universe and was very entertained by the whole last book. I could nitpick a few points at the end, but there were some great twists. I did see a few of them coming, but there were a few that were totally unexpected. I admit to getting a little emotional toward the end. It moved me to get a little misty-eyed. I think the authors did an admirable job in pulling it all together.

Yes, Dune fans, Hunters of Dune and Sandworms of Dune are books that you have to read.

Author of The Golden Cord
Book One of the Iron Dragon Series
Five Star Books (April 2008)
Posted by Paul Genesse at 1:05 AM 1 comment: