Wow. Larry Niven is a legend, as is John Joseph Adams. I'm friends with Diana Pharaoh Francis, and look forward to meeting the others.

I'll be giving away free stuff and signing autographs from 1-2 PM in the dealer's room, and will give away some free posters and more . . .

I'm arriving on Thursday afternoon, August 18 and am staying in the Peppermill Hotel

Friday August 19: Hang at the con, see friends and enjoy panels and more. I might even go to the pool with Tammy. 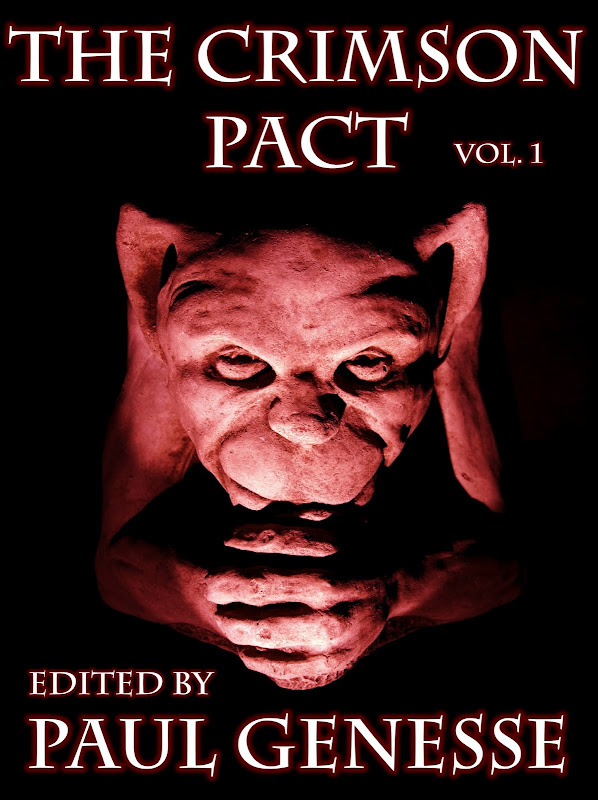 How do editors approach anthologies? Do they just call their friends, or do they (or their assistants) plow through slushpiles? Do the “Best ofs” present special issues?

Sunday: Sleep in! Maybe hit the pool, say goodbye to friends who are leaving, but I'm staying until Wednesday to relax and visit friends and family who live in the Reno area.
Posted by Paul Genesse at 1:26 AM 2 comments:

Hard Magic by New York Times bestselling author Larry Correia is a really great book and so much fun to read. Imagine X-Men crossed with the 1920’s period show by HBO, Boardwalk Empire. It sounds awesome, and it turned out to live up to its billing.

This novel is the first in the Grimnoir Chronicles and promises to be a really fantastic series, with three books under contract—book two, Spellbound is coming out November 1, 2011 by the way so there’s not long to wait for the sequel.

Hard Magic is set in an alternate history Earth where people all over the world have spontaneously manifested what can only be described as super powers—it can’t be magical powers, can it? This awakening happened in the late 1800’s, I believe, and world has been changed forever. People usually have only one power and can change gravity, teleport, and do many of the things you’d imagine superheroes can do, except maybe fly. Those with powers are called “Actives” and the rest of the people in the world, who are the major majority, are mostly frightened by them and there is a backlash, similar to the mutant backlash in X-Men. People usually have only one power and are known by names such as: Heavies, Brutes, Fades, Cogs, Mouths, Movers, Finders, Healers, Pale Horses, Weatherman, Torches, Travelers, and so many more.

The world building is top notch and well researched. The time period is 1920’s or 30’s and the alternate history alone makes this worth the read. Various figures from our own history are in this novel or are mentioned and it’s cool to see the exciting spin that Correia put on things. There are also little quotes at the beginning of the chapters that give insight into the world and the history of things. World War I was so much worse than the one from our history—which is saying a lot—and many of the characters in the book are veterans, with terrible memories of the fighting in Europe. It’s definitely dark stuff, but very fascinating.

There are a lot of characters in this book, but the main ones are Jake Sullivan (a Heavy), the big guy featured on the cover, and a hick girl from Oklahoma named Faye (she’s a Traveler), who just might be the most powerful “Active” in the world, though no one really understands that fact until late in the book . . .

Jake Sullivan is a hard-boiled hero who has been in prison and is still in love with Delilah, a dame with a disreputable past, and some serious power (she’s a Brute). Delilah is on the cover, though she should have had brown hair. Anyway, they’re both great characters, but this is an ensemble book with multiple points of views, which is a weakness in most fiction, but Correia never switches POV’s in mid sentence and breaks chapters or sections before going to a new character. This makes it a little hard to follow at times, but after you get familiar with everyone it’s easy to keep all the characters straight and this story couldn’t have been told from one or two points of view. There’s also a great glossary in the back that details much of the world building related to the powers that the “Actives” have. I also liked the illustrations in the book, which were drawn in the 1930’s pulp style by Zachary Hill.

Correia keeps the action going at a rapid pace and the enemies of the heroes, who are members of the Grimnoir Society, are really bad news. In the Grimnoir universe, The Imperium is of course, the Empire of Japan, and they’re starting to take over using their own specially developed Actives who are after a weapon that will allow them to take over the world. The heroes, mostly Grimnoir Knights, get to battle machine gun and sword wielding samurai that are nigh indestructible, teleporting ninjas, zombies, gangsters, and more. There’s airships, superhero smack downs, lots of guns, and great writing. If you enjoy lots of action and have a special place in your heart for super heroes, this is the book for you.