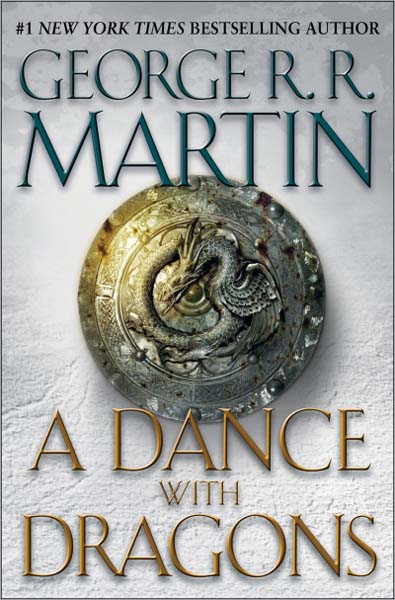 I finished reading book five in the Song of Ice and Fire Series, Dance with Dragons, by George R.R. Martin (GRRM) a couple of days ago. HBO is doing the show, Game of Thrones based on the books.

Anyway, GRRM is my favorite living fantasy author, and I loved the first three books. Book four, A Feast for Crows was suspect, and I hoped Dance would be awesome. It had some great moments and I really got into it after 500 pages (it's 1,000 pages long), but in the end, it had some major flaws and was so slow and ponderous for much of the book.

I read the last 500 pages in 24 hours, staying up for a really long time, but there was almost no resolution and the plot moved along not at all or perhaps took some steps backward. It's been five years since the last book and this one was a disappointment in the end, which makes me very sad. If GRRM pulls this off and finishes the series in seven books and the last two are triumphant, maybe these last two will be forgiven, but only time will tell. I have high hopes.

I could have written a giant review and gone over all the details, but I found two reviews on Amazon.com that really sum up all of my thoughts extremely well. Please check them out.

Posted by Paul Genesse at 1:21 AM No comments: 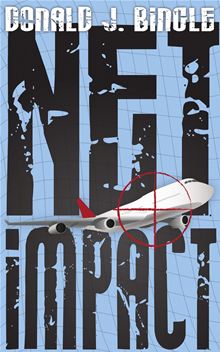 I wanted to pass along some info about one of my favorite writers. Donald Bingle. I just started reading his new book, Net Impact and it's a very awesome spy thriller. Check out the promo email below from Don and please get a copy if it interests you. The trade paperback recently came out and you can also get an electronic copy. Check out the message below.


Donald J. Bingle's new spy novel, Net Impact, is now out in trade paperback and the electronic version is on Barnes & Noble's website, bn.com, for the Nook eReader, and on Amazon.com for the Kindle. You can also order it through me and my website, as well as my publisher's (Alliteration Ink) website, Amazon, and other sites.

Hopefully, a few of you might read it and consider posting an honest and thoughtful review on your blog, social networking site, bookseller webpage, or other review site (Shelfari, Goodreads, etc.) to help get the ball rolling on word-of-mouth even before the official release date.

Here's some promo text to tempt you.

Dick Thornby is not Hollywood's idea of a spy. In his rough and tumble job there are no tailored Italian suits, no bimbos eager to please, and no massive underground fortresses built by evil overlords seeking world domination—just an endless series of sinister threats to the safety and security of the billions of mundane citizens of the planet. Sure, Dick's tough and he knows a few tricks to help him get out of a tight spot, even if his boss accuses him of over-reliance on an abundance of explosives. But he's also got a mortgage, a wife upset by his frequent absences on "business" trips, and an increasingly alienated teen-age son who spends way too much time playing in gaming worlds on the computer.

When a mission to bust up an arms exchange in New Zealand goes spectacularly bad, ending with the showy destruction of the Dunedin port facility, Dick is thrown into a maze of conflict involving Hong Kong arms dealers, cyber-criminals, Chinese government goons attempting to suppress computer access by dissidents, and even militant Maoris seeking rocket launchers to shoot down tourist-laden jumbo jets. Then a young computer expert back at the Philadelphia headquarters for The Subsidiary, an international espionage agency created in the aftermath of 9/11, discovers that the bad guys are involved in a vast conspiracy. Dick is forced to partner with the espionage neophyte to battle evil on multiple fronts, leading to a final confrontation that incorporates real-world conspiracy theories and cutting-edge technology.

In the end, Dick can save his partner, save his marriage, save his son, or save the world, but he can't do it all.

Posted by Paul Genesse at 12:14 AM No comments:

Body or Soul by Chanté McCoy 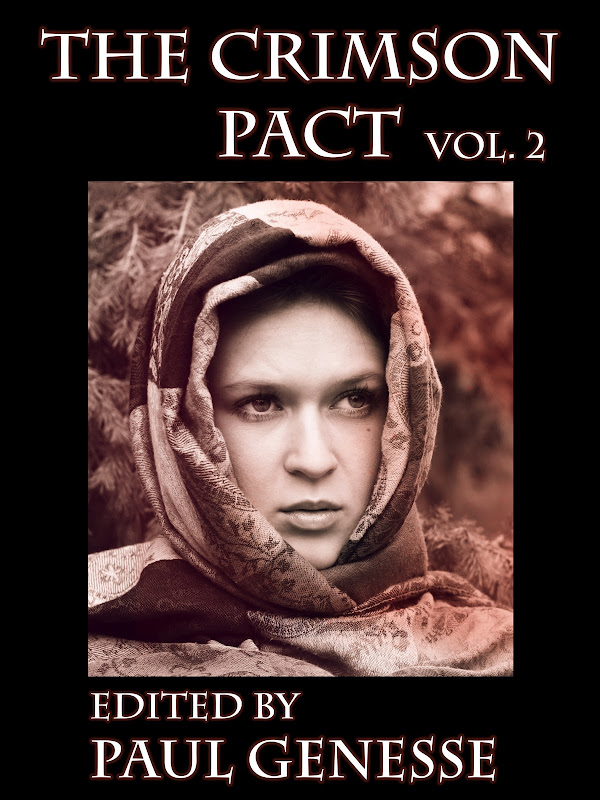 An earthquake rips through my body. I gasp, my breath taken away. Never before have I felt such pain. I’m afraid it will rip me apart. Is the time already so near? Will I find Darrius Papadas before the blessed event?

The pain recedes. Slowly, my lungs work again, and I push off from the wall of the tall rocky tower to continue down the etched steps, each footfall hesitant until I feel the stone beneath me. The stairs are too steep for my short legs. They shake. And my mind still spins from being sent from my home atop the mountain and the vision of Deacon Stefanou lying bloody at the feet of the Reverend Abbot. How quickly the world changed after years of sameness.

The village, my destination, sprawls in the shadowed triangular plain below. From above, with their white walls and red clay-tiled roofs, the houses look like a cluster of square-cut revani almond cake. My empty stomach gurgles at the thought. I’m thirsty too from the climb down. I suck the insides of my cheeks.

It feels like I’ll never reach the bottom, though I near the canopy of sycamores and laurels reaching toward the sky. On the narrow stairway with its long drop, I feel suspended between the ground and the open blue above, an odd purgatory bridging heaven and earth. The winter wind sliding around the mountain side threatens to push me earthward. At its calmest, the wind chills me, billowing my loose tunic cinched at the waist. My thin leggings do little against the cold. I wish I’d had time to grab my heavy cloak.

Another tremor ripples through me. Not as bad as before. I stay upright, although it is harder with the growing child inside. No longer a quickening, it pushes out my sides and kicks and shoves within. When it stretches, my skin grows taut, and bumps rise and fall along my left side. I walk lopsided, increasingly hunched from the sharing of my body with another.

I should have told the Abbot about the baby. I know that. But, when I first realized it, I was scared. What could I say? Was it blasphemy or a blessing? I couldn’t decide. I can read the Holy Book, taught by the monks. I studied it at night, after my chores, hoping to find a clue as to what was happening. The scriptures that rang true, speaking to what can only be a miracle, were the stories of Mary and the miraculous conception of Christ. Perhaps the Holy Spirit had also visited me.

Before I approached the Abbot to tell him all, time ran out. He sent me fleeing from the monastery. Now I wonder whether I will ever see home again.


Read the rest of this awesome story in The Crimson Pact Volume 2
Posted by Paul Genesse at 4:19 AM 2 comments: 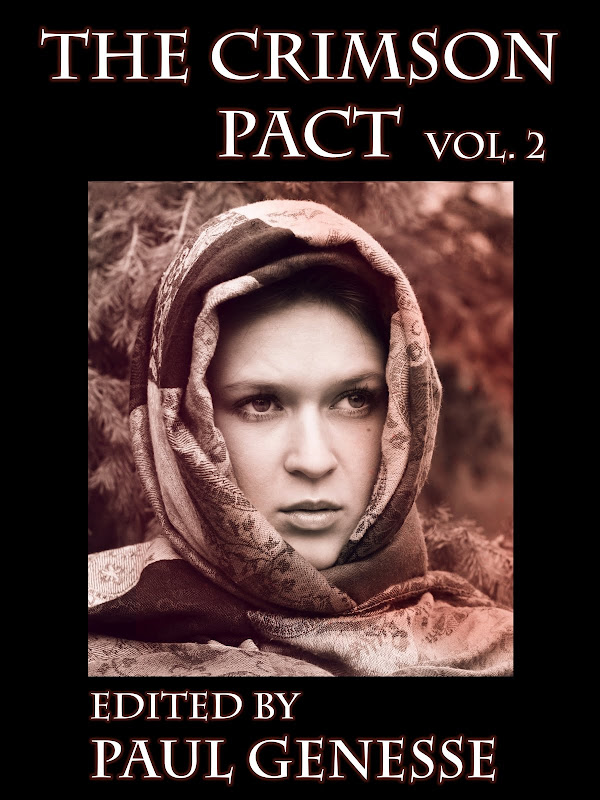 The Pact is back and demons are as devious as ever in The Crimson Pact Volume 2.

New York Times Bestselling author and Campbell award nominee Larry Correia presents an exclusive short story, “Son of Fire, Son of Thunder” co-authored by Steven Diamond, about an FBI paranormal investigator and a bad ass marine who knows the exact moment of his own death. Travel to the alternate history Earth of the “Red Bandanna Boys” by Patrick M. Tracy and find out how ruthless you have to be to survive the slums of St. Nikolayev. Follow “The Trail of Blood” by Alex Haig, a horrifying Western about a bounty hunter who wants vengeance, not money. Hunt for Nazis in a disturbing 1950’s America in “Hunters Incorporated” by Kelly Swails. Patrol the steaming jungles of Vietnam with a squad of soldiers in Lon Prater’s “Last Rites in the Big Green Empty.” Then enter the mind of a godlike demon in Donald J. Bingle’s ambitions tale, “Dark Garden,” or visit the creepy shadow world created by Richard Lee Byers in “Light and Dark.”

Watch your back, the demons are coming. Check out the book on Amazon.com or get it from the publisher, Alliteration Ink., where you will get the eBook in all formats.
Paul Genesse
Editor of The Crimson Pact Volumes 1 and 2
Posted by Paul Genesse at 6:21 AM No comments: