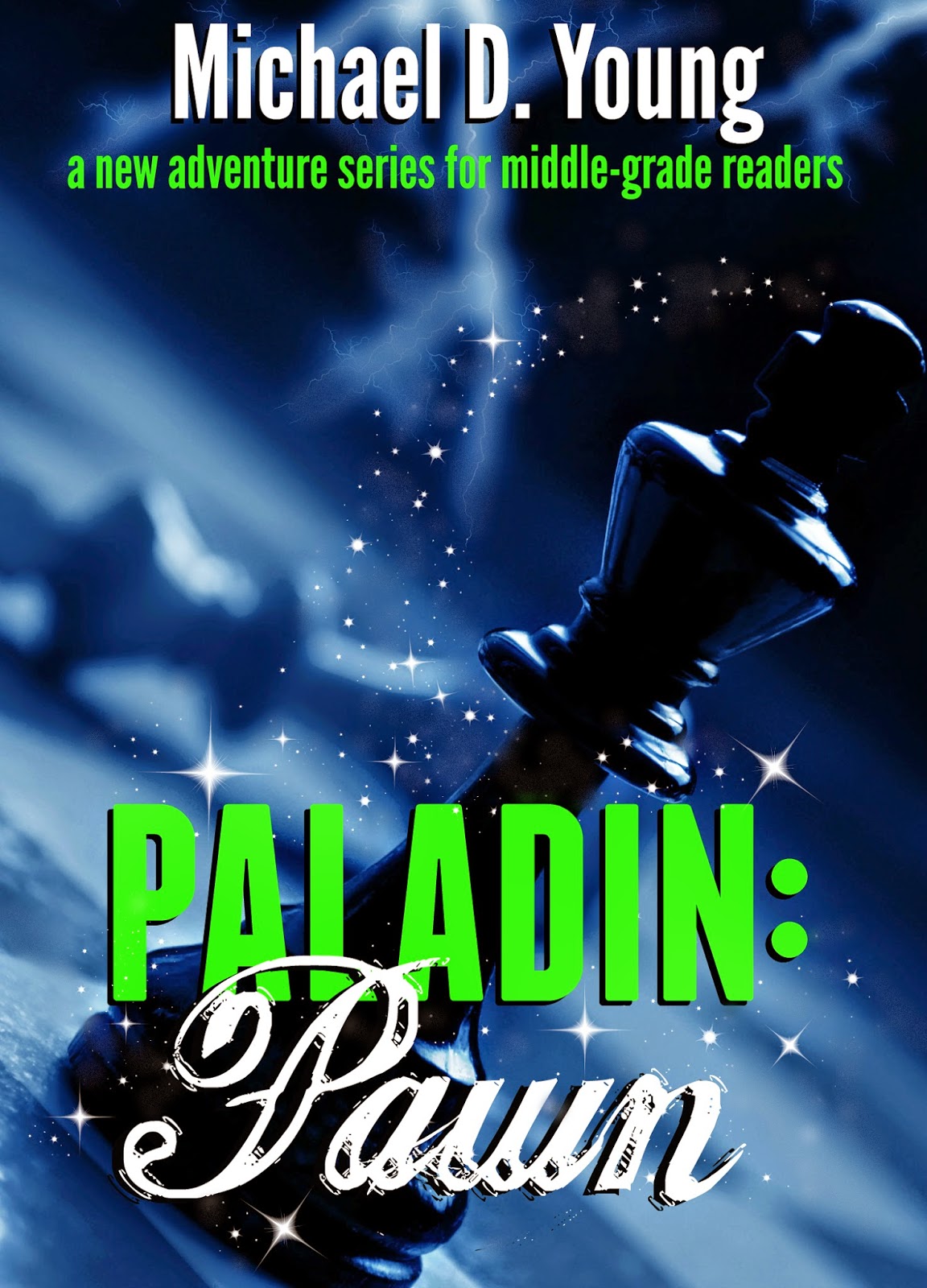 Michael, thanks for doing this interview. First question: Your new book, Paladin Pawn has a lot of chess references, which I love. Were you a good chess player in middle school or did you get crushed most of the time?

Haha, I was all right. Not exactly grand-master material, but I did play often with my brothers and friends. I often won or at least got my opponent to a stalemate. We even had this intense version called “Nightmare Chess” where you each had a hand of cards that gave your pieces special powers.

What gave you the idea for Paladin's Pawn? How long has this book been playing out on the board in your mind?

Some of the ideas from the book have been playing around in my head since about Junior High, but I didn’t actually try to put any of them down until I was in college. It’s a good thing too, because I’m a much better writer now than I was then. It comes from growing up loving stories about knights and acting them out with my siblings.

Very much like the main character, Rich, I got picked on a lot when I was in Junior High. I was studious, had thick glasses and liked thick fantasy novels. Unlike Rich, I’m not good with putting together with my hands, especially the little models he works on. I’d probably have wasted a bunch of money on those things, because I’d have been breaking them all the time.

If you were a chess piece, which one would you be, and which chess piece do you most like to kill whenever you're playing?

I’ve always liked the straight-forwardness of the Rook, and its ability to “castle”. I think though I’m more like a “bishop”, kind of the spiritual/intellectual kind of guy. And I just played a bishop last summer in Les Miserables, so I’m definitely going to have to go with bishop. I like to take out knights when I’m playing, because they can be difficult to watch for at times, because of their erratic movements and ability to jump over other pieces.

Oh, I should have done that! Maybe when I’m done with the next book in the series. In many ways, I felt like finally finishing something I’d been mulling over in my mind since I was the age of my protagonist, so, yes, it felt pretty great. To quote a famous fictional knight, I had “reached the unreachable stars”.

Optional question: No big spoilers, but what was your favorite scene to write in Paladin's Pawn?

There’s a scene where Rich is introducing his guide from the Middle Ages to the wonders of chocolate milk. Medieval mind blown.

Synopsis of the Middle Grade Fantasy (Trifecta Books), Paladin's Pawn by Michael D. Young
When nerdy Rich Witz unwittingly becomes a Paladin, a white knight, in training, he is thrust into a world where flunking a test can change the course of history and a mysterious bully is playing for keeps with his life.

Rich’s grandmother leaves him with one thing before disappearing for good: a white chess pawn with his initials engraved on it. The pawn marks him as the next in an ancient line of white knights. He must prove himself in a life or death contest against his Nemesis, a dark knight in training, all while dealing with math homework and English projects.  With the ghost of an ancestor for his guide, he has seven days to complete four tasks of valor before his Nemesis does, or join his guide in the realm of the dead.

As Rich rushes to complete the tasks, he realizes the chilling truth: his Nemesis is masquerading as someone at school and will stop at nothing to make him fail. As the tasks grow ever harder, the other knights reveal to him that his failure will break a centuries-old chain and bring the Paladin order to ruin. If he fails, the dark knights win the right to control the fate of the world, a world without hope or the possibility of a new dawn.  So this is one exam Rich has to ace, with no curve and no extra credit.