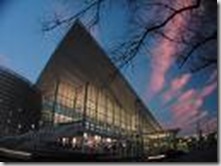 I'm posting this the next morning, but here's what I wrote last night:

Today was an eye-opening day. I found out from my editor after interrogating him for a while (grin) that Book Two of the Iron Dragon Series was due on September 2, 2008. That's in 24 days. He had to call his office and have someone look at some dates on a spreadsheet and report to him some info. Once he had that info he knew the date, September 2. This date is when the editor, John, will read through the manuscript and make his comments, and get it back to me a few weeks later. Then I will have to go through it again and create the final draft that is going to the publisher for copyediting on October 28, 2008.

I'm a little stunned, as I was thinking the date would be more like January, but I can do it. Also, they're letting me choose the release date for book three, which will be in 2010, between August and September--I believe. I have to think about it.

Anyway, I know I can do this, but I'm feeling a little daunted. So, I'm going to stop writing this blog and start working on the book. Right now. Then I'll work on it every day from here on out. Diving into the work is going to be so cool. I'm going to just go after it and immerse myself in the process. Three weeks of rewriting is going to be great.

and The Dragon Hunters, Book Two of the Iron Dragon Series