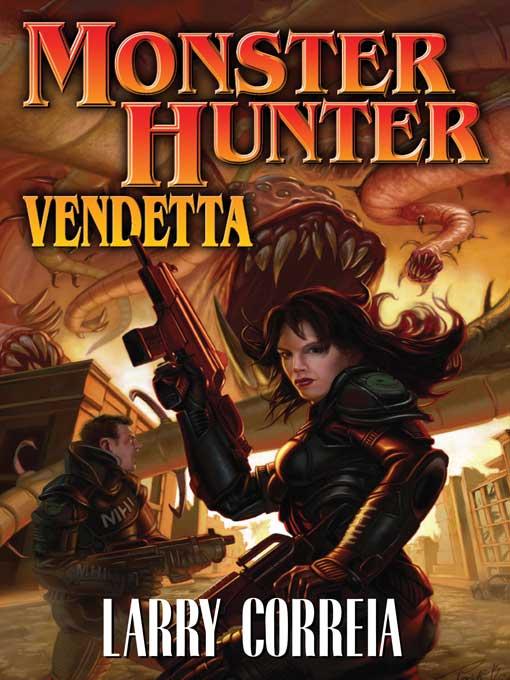 Sequel to Monster Hunter International. Owen Pitt never met a gun he didn’t like or a monster he couldn’t shoot. But now, the monsters are shooting back.

Accountant-turned-professional-monster-hunter, Owen Zastava Pitt managed to stop the nefarious Old One’s plans last year, but as a result managed to make an enemy out of one of the most powerful beings in the universe. Now an evil death cult wants to capture Owen, just to curry favor with the great Old Ones.

Lucky for Owen, the government is here to help him: they have assigned the enigmatic Agent Franks to be Owen’s full-time bodyguard—which is a polite way of saying Owen is monster bait.

With supernatural assassins targeting his family, a spy in their midst, and horrific beasties lurking around every corner, Owen and the staff of Monster Hunter International don’t need to go hunting, because this time the monsters are hunting them. Fortunately, this bait is armed and very dangerous…

Larry Correia is hopelessly addicted to two things: guns and B-horror movies. He lists his occupations: gun dealer, firearms instructor, accountant, and writer, and was until recently part owner of FBMG (Fuzzy Bunny Movie Guns) a company specializing in firearms and movie props. He shoots competitively and is a certified concealed weapons instructor. Larry resides in Utah with his very patient wife and family. He has also designed a special patch for the agents of Monster Hunter International, Inc. As he puts it, “If you don’t look good while you’re killing stuff, then you’re not really a monster hunter.”
Posted by Paul Genesse at 7:24 PM