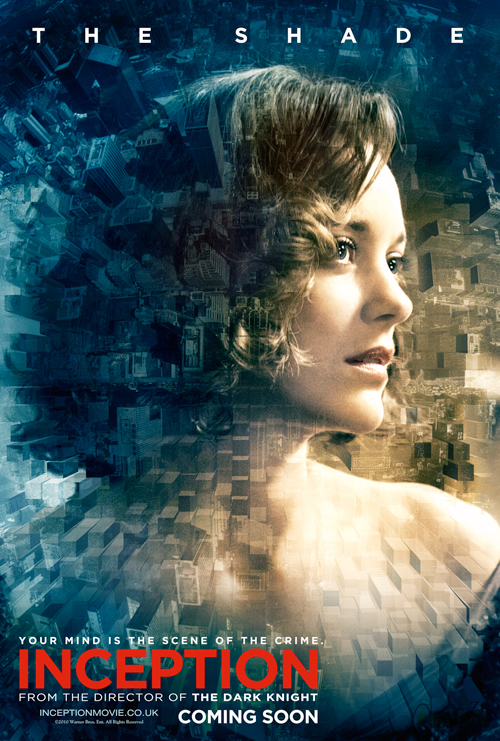 Spoilers are present half-way through this post, but I will warn you when you should quit reading if you haven’t seen the movie yet.


I saw Inception twice on Friday, July 30. Once at noon, then again at 10:30 at night—which was my plan all along. You all need to see it twice. I loved the movie, but like many viewers, I left the theater wondering about the ending. More on that later, but for now I’ll give the spoiler free version of the review.

Note: the second time I saw the movie, after I went home read a bunch of stuff on the net, and thought for a while, I totally got the movie. The second viewing was so smooth and I feel like I got so much more out of it, whereas the first time I was in shock, just trying to keep up mentally. All of the dialogue made sense the second time around, and all of the scenes. It’s just an amazing visual feast it’s hard to catch everything the first time, at least it was for me.

First, this is a movie that will make you think and will blow your mind. It’s about thieves who steal from people’s minds while they are dreaming. The thieves are called “extractors.” Usually, the thievery is related to corporate espionage. However, in this case they are asked to do something different—plant an idea in someone’s mind—which is called, inception. To do this they have to share a dream with their mark, in this case, the heir to a massive corporation, and make him think he came up with a very specific idea.

The concept of the movie is fascinating. The writer and director, Christopher Nolan, who wrote Momento, and directed the new Star Trek and The Dark Night, did an amazing job. The visuals were stunning, the acting superb, the soundtrack by Hans Zimmer incredible, plus the movie keeps you on the edge of your seat. Partially because you’re trying to figure out what’s going on. No movie has ever been made that is quite like this one. If you’re in the mood for what I’ve described, please go and see this film.

The writing is top-notch. I couldn’t see how Christopher Nolan came up with this at first, but upon a second viewing I understood how he did it. I’m sure he was confused at the beginning writing stages, but when you’re with a work for long enough, it all starts to make sense, when at first it might not. Complex ideas are hard to portray, but Nolan is brilliant, and I’m sure he’s that way because he works incredibly hard at it.

Now, onto the spoilers. Do not keep reading if you haven’t seen the movie yet. I’m about to discuss some major spoilers. Stop reading now and watch the movie! Once, then read the rest of my entry, then see the movie again. 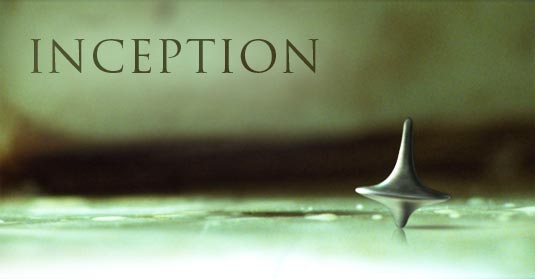 Still reading? Okay, I warned you. Here’s the deal: the ending of the movie makes the viewer question whether or not the main character, Kobb (played by Leonardo DiCaprio) is in the real world or is he dreaming? He arrives home and sees his kids and then spins his little metal top (his totem) to make sure he’s in the real world. In the dream world it spins forever, but in the real world, it stops spinning and falls over. In the last scene he spins the top and goes off to see his kids. We watch the top spinning, then the scene breaks before we know if it was going to fall over or keep spinning forever.

The audience reacts when the scene goes black and is confused. I was confused. Then I read a thorough post on a website, linked below, and felt like I understood the movie.

Overall, most of us were over thinking the whole thing. The director/writer, Nolan was just messing with us. He wanted to make us talk and think about the movie afterward. He wanted people like me to blog about it. It was a great decision on his part to write the ending like he did.

So, the top was about to stop spinning. Here’s why: it wobbled slightly and made a falling over type sound just before the movie ended. Never before in the dream world had the top stopped spinning or wobbled even the slightest bit. That is our clue. It was the real world. Kobb made it home to his kids at last.

The movie was very confusing the first time I saw it, but the second time it seemed so simple. Everything made perfect sense to me. All of the scenes made sense, which was not the case the first time. Kobb was a man who spent a lot of time in the dream world because of his guilt, but when you watch the movie again you can see when he’s dreaming or is in the real world. Sometimes he doesn’t know. Only the top saves him.

If you want to read a very definitive blog post that covers practically every aspect of the movie and will answer all of your questions, please go to http://screenrant.com/inception-spoilers-discussion-kofi-68330/ and read the whole thing. Reading that post and a few others online really helped me understand the movie. I totally agree with the blogger, and I think most of you will too once you’ve seen the movie more than once. It’ll always be up for argument, but I believe that the director/writer was just teasing us at the end.

We're on the same page, then, because Inception is an awesome film for all the right reasons.

On a side note: I've been blogging in-depth about Inception too. One review and one analysis of emotion :).