THE DIMENSION NEXT DOOR REVIEW 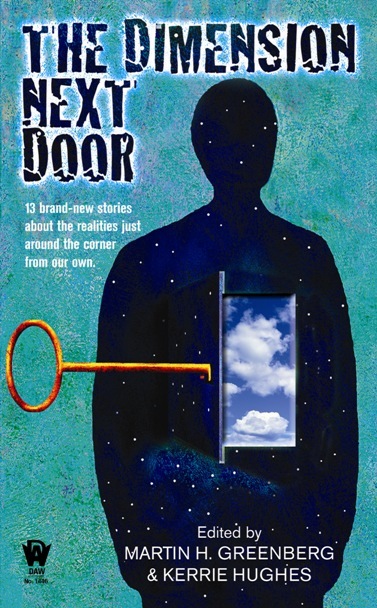 My friend Brad ran across this review of an anthology he and I are both featured in. We found it very cool that the reviewer mentioned two stories in the review, Brad's and mine.

Here's the link to True Review, an online magazine:
http://www.truereviewonline.com/TRUE70.pdf

Or here's the text:

The subtitle of DIMENSION should be, simply, “portals to other worlds.” This collection represents a few stories I find interesting: “Shadows In the Mirrors” by Bradley P. Beaulieu. Julie believes, in her heart, that she has a daughter, Adelaide, who was abducted. Just like in the Jodie Foster movie, no one remembers her daughter. There is no record of Julie having a daughter. But Julie is certain she does–and her fears are confirmed the day she sees her daughter’s ashen face in a street artist’s rendering. The artist, Kane Reynolds, uses the ashes of the deceased in his charcoal drawings, or so it is rumored. And he draws children–lots of them. Is Kane an abductor? Or is there something in his work that is crucial to the children’s mysterious disappearance and perhaps their eventual fate?

“God Pays” by Paul Genesse. Antonina Maria Carreno, professor of linguistic archeology at the Mesoamerican Studies Department at Vanderbilt University, accompanies a dig near an abandoned city, Lamanai, Mexico, on the eve of the Dec. 21, 2012 winter solstice–the Mayan predicted end of the world. Nina stumbles into a portal to the past–back to a place of human sacrifice. The thousands of denizens in the ancient Mayan city–after they see her surgical scar to remove a cancerous uterus–believe she is the moon goddess Ixchel, and they come to believe she IS the daughter of Ixchel, the Mother Bridge, back to the Fifth World–in other words, their redeemer queen. Does she give her body to them to save the people? And does the Yucateca Mayan phrase, Diosbo’otik, “God pays,” really mean anything?