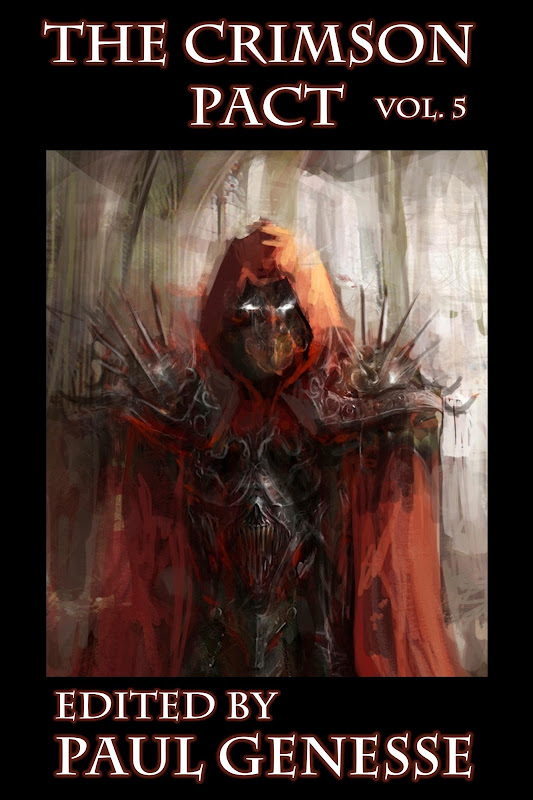 In this book you will find the highly-acclaimed origin story of the Crimson Pact mythology, “The Failed Crusade,” and the epic finale to the entire series, “Sealed with Fire,” two powerful novellas by Patrick M. Tracy.

Read a story from New York Times’ bestselling author Larry Correia and Hugo Award-nominated Steven Diamond, "A Choice of Fate," which is the finale of their story cycle about Diego Santos and Jarvis "Lazarus" Tombs.

If you enjoy Jim Butcher’s Dresden Files; Terry Brooks’ Running with Demons (Word and the Void) and Armageddon’s Children (Genesis of Shannara Trilogy); Demon Moon in The Guardian Series by Meljean Brook, Larry Correia’s Monster Hunter International, or Patricia Briggs When Demons Walk you will love the Crimson Pact series.

View the book on Amazon.com in either eBook format or as a trade paperback.


What the Critics are saying:


“Almost 30 years later The Crimson Pact supplants Clive Barker’s Books of Blood series as the modern compendium of fantasy horror short stories. Though The Crimson Pact lacks the consistent voice the Books of Blobod offer, there is something to be said for the variety of styles. Like the viewers of the classic Twilight Zone and Outer Limits television series, each reader is bound to have their own favorites. Whether you buy these for yourself or someone else, any horror, suspense, or dark fiction fan should enjoy the collection.” Lance Roth at Blog Critics.org about Volumes 1-4

“The demons are not your typical straight-from-Hell, pitchfork-tailed monstrosities, or (perhaps) even in any realistic sense of the term ‘native’ to Earth. No, the demons you will encounter in The Crimson Pact are rather more like H. P. Lovecraft’s Great Old Ones—unknowable creatures from beyond the Void, waiting only their opportunity to invade helpless earths and rule them with devastation and despair.”
Author Michael Collings on Hell Notes.com about Volumes 1-4, HIGHLY RECOMMENDED

“I applaud those who brainstormed this, and I can hardly wait to read the Crimson Pact, Volume 2. If you haven’t partaken of this little jewel, I encourage you to do so, but beware, what lies beneath a mortal’s skin could be something marvelously demonic.” MK Horror.com

“If you like demons and dark fantasy, if you love the constant struggle of good against evil (or at least human vs. something clawed and taloned), an endless eternal war between humanity and hellborn, then this is definitely the anthology for you.” Pippa Jay of Fantasy Book Review.co.uk

“If you like Dark Fantasy, you’ll love this book.” Author Daniel Coleman, about The Crimson Pact Volume 1

“This is a volume for all those fans of demonology, but the mixture of genres, styles and authors means something should appeal to everyone. If you like some dystopian sci-fi with your demons, check out Fight. If you prefer some sweet yet gritty romance–with vampires too, no less– check out Stumble and Fall (one of my favourites, and with a favourite character from 1 and 2). Singe, Smolder, Torch, Whither left me squirming and looking for blue glowing eyes. For the conspiracy theorists, there’s the voice inside the computer with Whispers in the Code. The Recruit is a modern play on the old contract with the devil. There’s even a tale told from the enemy’s perspective in The Ronin’s Mark, an intriguing insight into the mind of one of the demon horde. There’s a lot of swearing, guts and gore, but also triumph, tragedy and heart-warming moments. These stories can scare, disgust, or horrify you. They can also make you laugh and cry.” Pippa Jay of Fantasy Book Review.co.uk

The Crimson Pact Volume 5 is on Amazon.com in either eBook format or as a trade paperback.
Posted by Paul Genesse at 2:05 AM