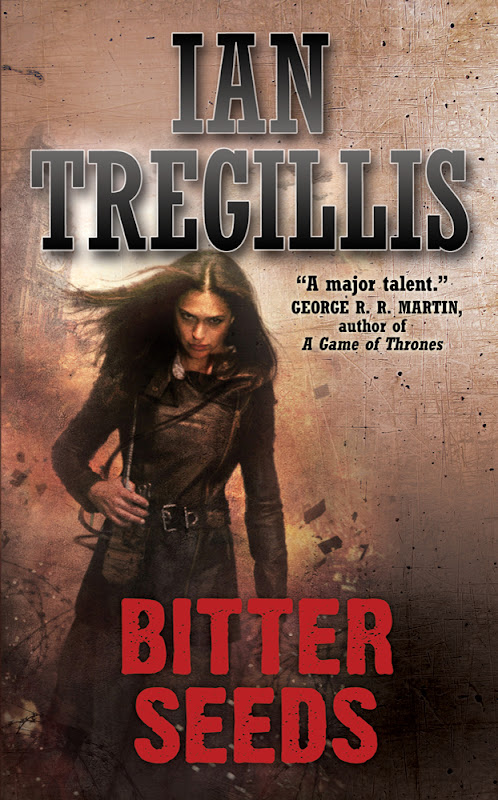 
Bitter Seeds is a great novel. I was pulled in right away by the beautiful prose and the compelling storyline. I couldn’t put it down and read it in three days, wishing I had the time to read it in one. It’s an alternate history set during World War II with fascinating characters and gripping action. Here’s the blub:

“It’s 1939. The Nazis have supermen, the British have demons, and one perfectly normal man gets caught in between.

Raybould Marsh is a British secret agent in the early days of the Second World War, haunted by something strange he saw on a mission during the Spanish Civil War: a German woman with wires going into her head who looked at him as if she knew him.

When the Nazis start running missions with people who have unnatural abilities—a woman who can turn invisible, a man who can walk through walls, and the woman Marsh saw in Spain who can use her knowledge of the future to twist the present—Marsh is the man who has to face them. He rallies the secret warlocks of Britain to hold the impending invasion at bay. But magic always exacts a price. Eventually, the sacrifice necessary to defeat the enemy will be as terrible as outright loss would be.

Alan Furst meets Alan Moore in the opening of an epic of supernatural alternate history, the tale of a twentieth century like ours and also profoundly different.”

As you can tell, this book has received a lot of attention by major writers and reviewers, and deservedly so. There are many positive reviews online and I agree that this is an exceptional book. I was so impressed with the way Tregillis unfolded the plot, and revealed the characters, of which there are three whose point of view we get to see.

Raybould Marsh is a British spy right in the middle of things; William is a British nobleman who was secretly taught to be a warlock by his slightly insane father; and Klaus is one of the German’s “supermen” with wraith like abilities. All three add a lot to the novel, and there are quite a few other secondary characters that are quite fascinating as well.

The most interesting other character is the sister of Klaus, Gretel, who has also been mutated via diabolical processes and now she can predict the future, and warp it to her will. She’s the most powerful of all of the Nazi “supermen,” and is on the cover of both the mass market and hard cover editions for good reason. I wish Tregillis would have let us into her mind, but that would be too telling I’m sure, as she knows what’s going to happen and would ruin the mystery of what is to come.

This is a trilogy called the Milkweed Tryptych, and Bitter Seeds came out in 2010. The sequel, The Coldest War, is coming out in July of 2012, so I/we don’t have long to wait now. I feel late to the party, but at least I got there eventually. I’m stoked about reading the sequel, and have just pre-ordered it on Amazon. The cover is awesome and shows one of the “supermen” in great detail. Their abilities are powered by horrific surgery, which connects their brain to special batteries they wear around their waists. The “superman,” Klaus was forced into being a Nazi soldier, and he is extremely sympathetic, and his chapters are always interesting.

Every chapter was finely crafted, and the big time span gaps between some chapters really added to the coolness of the story. All the chapters have a date on them: month, day and year, which helped a lot. Anyway, this is not a large book, and only spans about 350 pages, but so much was accomplished. It was so impressive how little Tregillis told about what was happening in the actual wider war, but still incorporated a huge story in between the pages, as he focused on the three main characters and their experiences as wider events played around them. They are a huge part of those larger events, but this is not the alternate history of World War II in detail. There are lots of hints, but Tregillis doesn’t go into detail much at all. I would have liked more about how certain battles were going and such, but those issues weren’t the point of the book.

The book opens with a chapter from the ravens point of view. Here’s the first line:

Murder on the wind: crows and ravens wheeled beneath a heavy sky, like spots of ink splashed across a leaden canvas.

Bitter Seeds is a little bit X-Men, a little bit James Bond, with a core of brilliant darkness that pulls you in page after page. 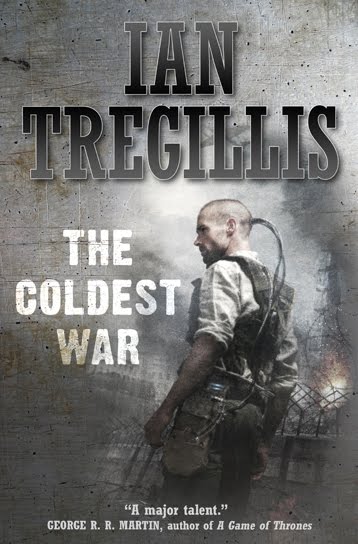