I had a great time at the very first Salt City Steamfest. Sadly, I can't attend the second day as I have a prior commitment. (sigh)

***If you're looking for the notes from my "Exploring Steampunk Novels and Stories" presentation, look back two entries on my blog, or click this link here. I have links to the books I was discussing and the Founders of Steampunk video from World Fantasy that I mentioned.

First I want to thank Nivi, the Director of the convention, pictured below in costume, for having me. She even mentioned me on her channel 5 TV interview, which was cool. Nivi is awesome and there were so many people in incredible costumes, including her. 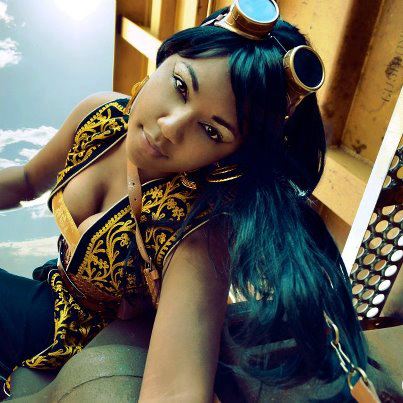 
I had to wear my own costume, which included my leather vest, derby hat, gold pocket watch, belt with gears and cogs on the buckle (and a cool winding mechanism), and of course, my brass goggles--which got a lot of positive comments. 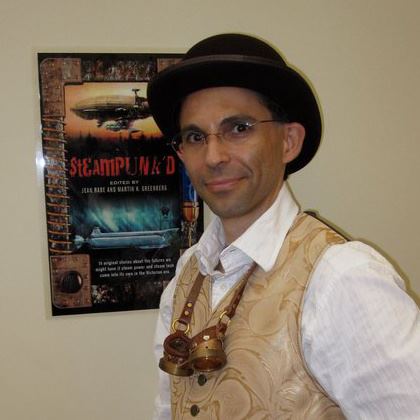 
Steamfest was incredibly well attended, and several hundred steampunk fans packed into the hallways, meeting rooms, and the ball room of the Red Lion hotel. The convention had already made enough money to cover their expenses and then some, so that bodes well for having one next year. I sure hope they do as this was a lot of fun.

The only negative was the temperature. The air conditioning was not good in the hallway, but was okay in the ballroom. The hotel staff were working on the problem at least. I guess it was ironic that it was hot and steamy.

The first activity was wander the halls and see all the cool vendors, then to attend author Zachary Hill's presentation on Victorian era weapons from 7-8 PM. Zach has a history degree and gave an awesome presentation with lots of pictures featuring Victorian weaponry. You should really check out his "Minimum Wage Historian Blog" which is packed with awesome information and presented in hilarious fashion.

After a belly dancing performance by Zahirah's troop it was my turn to go on. I did a solo presentation (not belly dancing, sorry) in the ball room titled: Exploring Steampunk Novels and Stories. It went really well and the crowd was awesome as I went over the seminal works in the genre and discussed my own experiences with steampunk. Most people get into steampunk through the fashion, but I'm hoping that more of them will read some stories and books.

Afterward, I did a little book signing and met some cool steampunk fans and writers. It's always great to chat with fellow book lovers and readers.

I managed to attend half of a presentation called "Steampunk Goes West" by Stanley ________? but had to leave at 11:00 PM for my reading.

I was invited to read a bedtime story at a steampunk pajama party. First, artist and author Howard Tayler sang a song (who knew he was such a great singer!), then "Dave" D.J Butler sang a cool steampunk song and played guitar that he wrote, then he read from his City of Saints steampunk series which features notable characters: Edgar Allen Poe, Samuel Clemens, and Richard Burton (a famed British explorer) and of course it centers in 1800's Utah. It's a must read for Mormons, as there are quite a few historically significant mormon characters in the series as well.
Check out City of Saints on Amazon.com.

Then I read the first scene from my novella in Steampunk'd, The Nubian Queen, and a later scene with Queen Sahdi and Duke Zander as they boated down the Nile. I read for a little under 20 minutes and it was the best reading I've done in a long time. I'm totally going to read from this again at conventions, as it went over really well.

Howard Tayler ended up doing a reading as well, then I closed the evening by singing a short lullaby, "Soft Kitty" from Big Bang Theory, but instead of singing the line "sleepy kitty" I of course sang, "steamy kitty." Fun times. 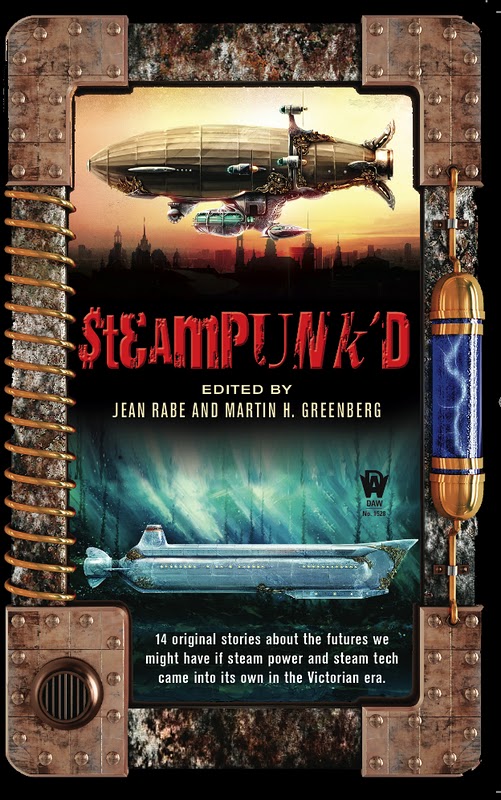 Check out Steampunk'd on Amazon and read my story, The Nubian Queen. This book is almost out of print, so order soon.

Paul Genesse
Author of The Nubian Queen and editor of several steampunk stories featured in The Crimson Pact anthology series.

It was awesome to hear you read at the pajama party at Salt City Steamfest and it was great meeting you. Thank you for sitting on the floor with us!

Thanks, Amanda, it was so much fun. Great meeting you too.