Review of Apparition by Michaelbrent Collings 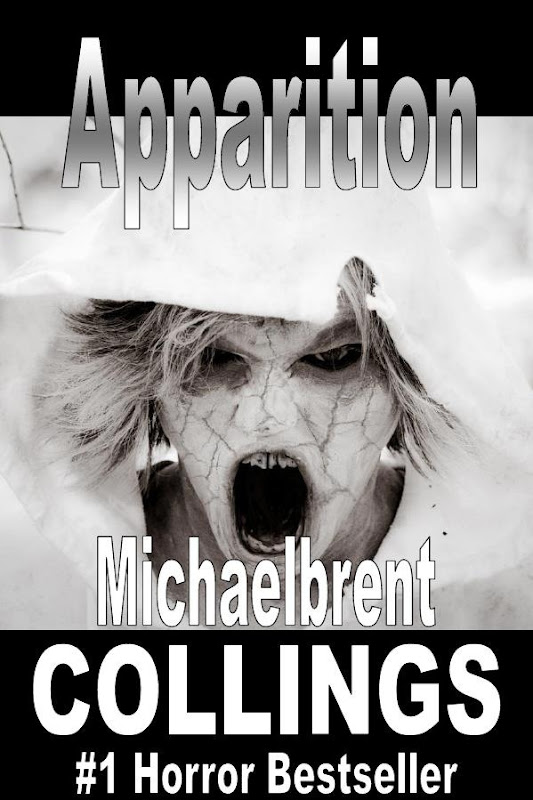 This is the scariest book I’ve ever read. I devoured Apparition in two episodes of all night reading and had a really hard time putting it down. I didn’t even mean to read the book at that exact time, but once I read the first chapter I was hooked. I had to keep going and couldn’t stop until I hit chapter seven.


Apparition tells the very intimate story about a family of four: mom, dad, and their two kids, a teen girl and young boy. It explores one of the most horrible concepts I can imagine, filicide: the deliberate killing of children by their parents. That concept alone is horrifying and Collings uses it to ratchet up the terror to a level I haven’t seen before.

Brilliant journal entries written by an unknown person (until the end) precede each chapter and they are some of most chilling lines I’ve ever read. Then the chapters themselves move forward with relentless narrative drive page after page.

The first four chapters are so tense and gripping, and lead up to a big event, which sets up the rest of the book. After the big event, the family which the novel revolves around, are devastated and things just get worse for them as the book continues.

After the big event, the book is tense, but slows for a while as we get to know the main characters, and spend some time in their minds. It is a necessary build up and the characterization is stellar, which of course leads to another series of horrific events that will leave you gasping for air.

The ending of Apparition was incredibly scary and blew me away. I could not stop reading and stayed up hours past my bedtime because I had to finish it and know what happened to these expertly drawn characters who felt so real.

I know that Michaelbrent Collings is a screenwriter and I can see this being an A-list Hollywood horror movie. It would be extremely scary, especially the ending, which pulls together so many threads and gives us the answer why seemingly normal parents suddenly snap one day and kill their children.

APPARITION, FIVE STARS, HIGHLY RECOMMENDED for fans of horror and those who want a good scare . . .

Paul Genesse, Editor of the Crimson Pact anthologies
Posted by Paul Genesse at 7:41 AM