Exploring Steampunk Novels and Stories
Find out where the steampunk genre started and learn about the novels and stories that spurred the modern steampunk movement. Author and editor, Paul Genesse will lead a discussion of the past and present works that have defined the genre, and mention his conversation with K.W. Jeter, the man who coined the term, “steampunk.” There will also be a group discussion of the steampunk books fans are reading today.
Rating: Teen+

(This is the tongue in cheek letter that K.W. Jeter wrote in 1987 to Locus Magazine and was published in April 1987, where he coined the term “steampunk.”)

Dear Locus,
Enclosed is a copy of my 1979 novel Morlock Night; I'd appreciate your being so good as to route it to Faren Miller, as it's a prime piece of evidence in the great debate as to who in "the Powers/Blaylock/Jeter fantasy triumvirate" was writing in the "gonzo-historical manner" first. Though of course, I did find her review in the March Locus to be quite flattering.
Personally, I think Victorian fantasies are going to be the next big thing, as long as we can come up with a fitting collective term for Powers, Blaylock and myself. Something based on the appropriate technology of the era; like "steampunks", perhaps...
—K.W. Jeter


Here are the links I’m planning on mentioning in the presentation:

“Homunculus (by James Blaylock 1986) and Infernal Devices (by K.W. Jeter 1987) are perfect steampunk.” Tim Powers *Side note, the sequel to Infernal Devices is coming out from Tor Books in 2013 and is called "Fiendish Schemes"


Link to preview of my short story, “The Nubian Queen”
http://paulgenesse.blogspot.com/2010/03/nubian-queen-my-steampunk-story.html 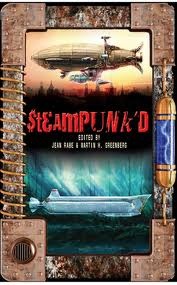 Link to Steampunk edited by Ann Vandermeer on Amazon

Link to Steampunk II by Ann Vandermeer on Amazon 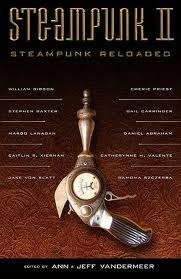 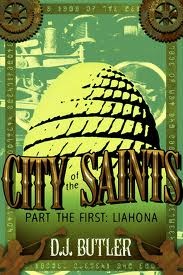