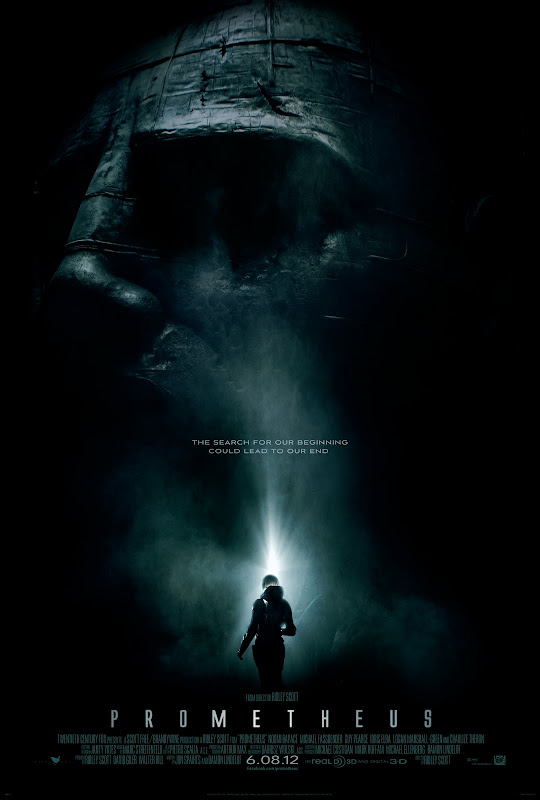 I saw Prometheus at midnight with four friends. It was a really great movie, and director and producer Ridley Scott created a fantastic prequel to Alien and Aliens. )Prometheus is the name of the ship that the crew flies into space).

First, this movie is beautiful. The cinematography was amazing. The writing, acting, and directing were incredible and all the actors gave masterful performances. You need to see this movie on the big screen. Don't wait for the DVD or Blue-Ray. I didn't see it in 3D, but I'd like to, and will soon.

Charlize Theron as Vickers, was the biggest star in the film, and she was cold and fierce, playing her character brilliantly. She is not the main character. That role goes to Noomi Rapace, who played the Lisbeth Salander in The Girl with the Dragon Tattoo, though she looks nothing like that character in this film. 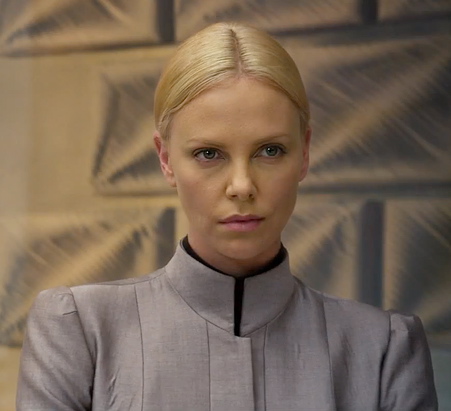 Noomi Rapace is half Swedish and half Spanish, and grew up in Iceland by the way. This is her film in many ways, (like Alien and Aliens belonged to Sigorney Weaver). Ridley Scott chose the right actress and "Shaw" is such a strong character and Noomi gave a gripping performance. 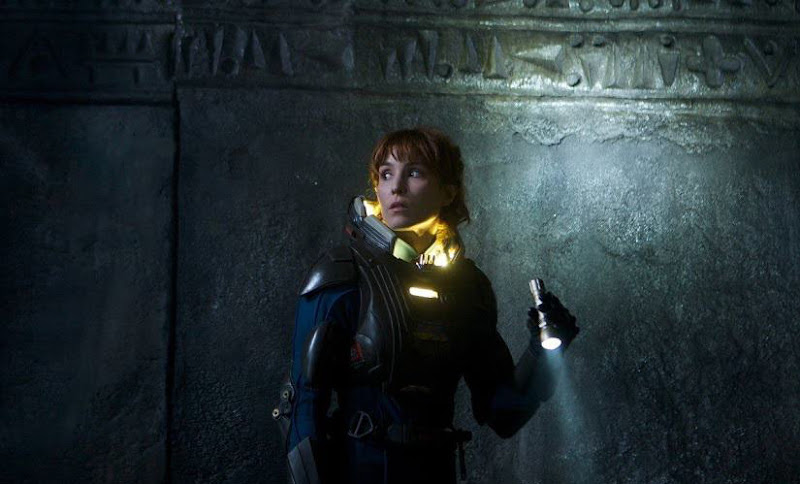 The whole idea is that Dr. Shaw and her boyfriend, have discovered an invitation to the stars, and go there looking for the beings who left the message on Earth.

What they find is of course, not what they expected. I won't spoil it here, but it's worth the price of admission for sure, just to find out what's really going on.

The other standout performance is by Michael Fassbender as an artificial person. He was incredible, and almost stole the show for me.

Michael Fassbender as "David" in Prometheus 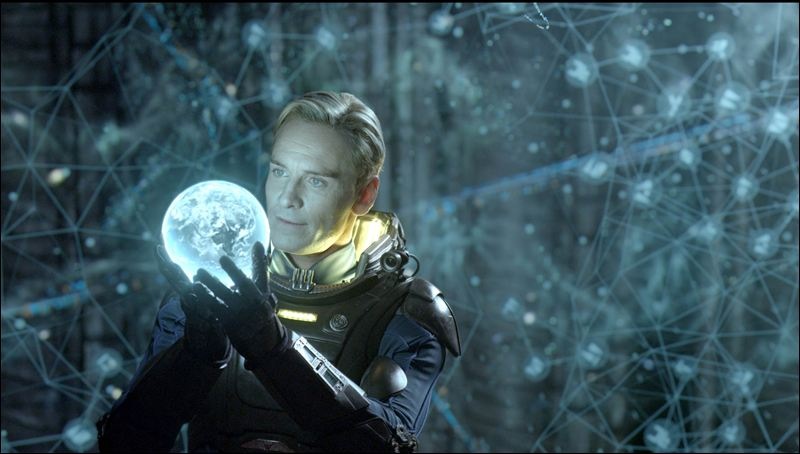 The movie had many twists, turns, surprises, and terrifying moments. It all came together brilliantly and left me completely satisfied.

It's got some pretty terrifying/grotesque scenes, so do not take young kids for sure.

Overall, I was extremely impressed and think this is a great sci-fi movie that ponders the big questions, has awesome special effects, brilliant performances, and great writing and directing.

It's going to be a blockbuster, so go and check it out. Now, I must watch Alien again, because that movie makes perfect sense after seeing Prometheus.

***The writer of Prometheus said there is talk of a sequel to this film with a working title of "Paradise." The project has not gotten off the ground yet. We'll see what happens after the box office totals come in for this film.

Remember, in the Greek myth, Prometheus stole fire from the gods and gave it mankind. Most of the gods believed he made a mistake and tortured him for eternity.

The tag line for the movie is: We came from them. They will come for us.

The question is: When are you going to see it? I'm going again Saturday night.

(I made a second post about the movie, link here, which goes into the meaning behind the film that I did not understand before. Check it out here).
http://paulgenesse.blogspot.com/2012/06/prometheus-movie-further-discussion-and.html

Nice review Paul. I was entertained, to say the least, but I think I was expecting something so much better after all of the promotion for this flick. Maybe it was too much like Alien.

I have to agree with you on Michael Fassbender as "David" in Prometheus, stand OUT performance.

Paul, good review. I just saw the movie this afternoon and thought it was well done. But of course I need to watch the Alien movies again to refresh my memory. Noomi Rapace was excellent in her role, but I wasn't surprised since she gave a harrowing performance as Lisbeth Salander in the Girl With the Dragon Tattoo. She has all kinds of talent!
Leslie

Definitely watch Alien again. It's still good after all these years.