The End of The Dragon Hunters Book Tour 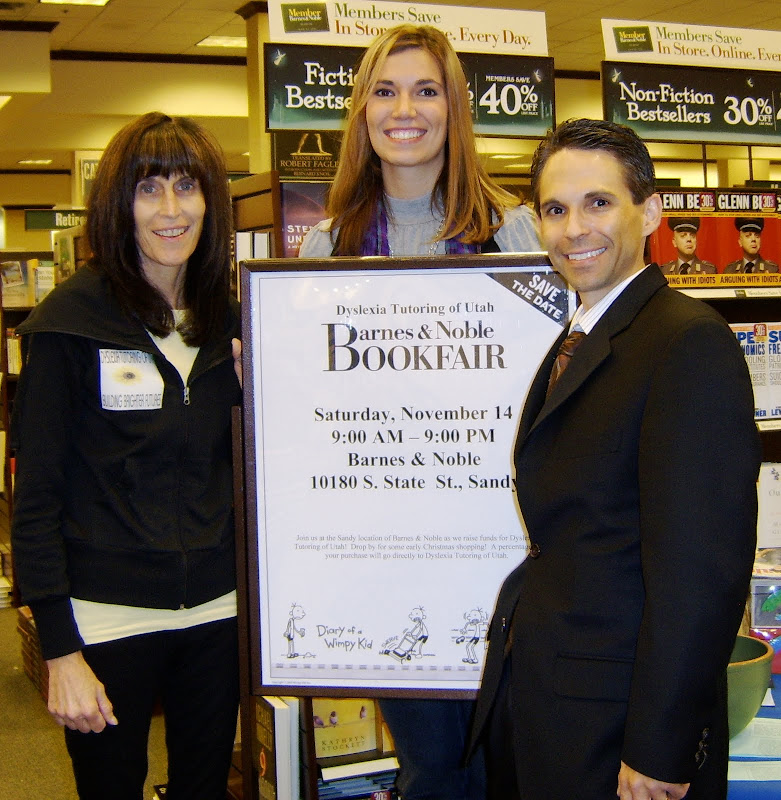 Well, it was the end. The end of The Dragon Hunters book tour. My last event of my tour was at the South Towne Barnes and Noble in Sandy, Utah from 3-6 PM.

I was worried that no one would show up. It was snowing, and it was very cold outside. Would anyone come out on a day with such bad weather? I was pretty worried as Tam and I braved the ice and falling snow on the drive over to the bookstore.

Apparently, I was worried for nothing. It was my biggest and best book signing ever at a Barnes and Noble. We sold a ton of books, selling out of The Golden Cord and 15 copies of Terribly Twisted Tales featuring my story Revenge of the Little Match Girl. We had to tap into my personal stock of Golden Cords. They still have a few signed copies of The Dragon Hunters left and they said they were going to order more Golden Cords.

A bunch of the kids from the schools I visited came by, and people who were there to support Dyslexia Tutoring of Utah, a non-profit tutoring group dedicated to helping kids learn to read. I was a guest at their book fair, which lasted for 12 hours all day Saturday. I’m a spokesperson for them now and love being affiliated with them. Nanci and Carrie Ross (Nanci is the executive director) are great people doing important work for the kids. Part of the proceeds from the signing and all the book sales that day—if you mentioned them at the register—went to their group.

Having my last event of the tour be so successful was fantastic. I got to see several old friends, and made lots of new ones.

One kid got a free book. His name was Roberto. We met at his school the day before, and he wanted to go to my signing so badly, but didn't know where it was. Despite the fact that it was snowing, Roberto and his mom looked for me at two other bookstores--during a snowstorm--before they found me at the South Towne Barnes and Noble. His mom told me that Roberto didn't like reading, but after hearing me speak, he is totally into it now. I helped change his life and that makes the struggles of being a writer and doing book tours all worthwhile.

The tour had its ups and downs, but I’m glad I did it. Now, it’s time to get back to writing.

Here’s a link to the few pictures taken at the event.